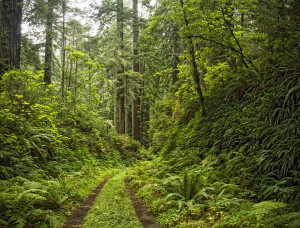 Many years ago, when I was a young Buddhist and art student, I read a book called Zen and the Art of Seeing by Frederick Franck. The book talked about seeing things in a very direct way and losing the distinction between yourself and your subject in the process. It spoke very little about the technical aspects of drawing and focused on actually seeing your subject without judgements or comments from the peanut gallery of your mind. It takes a lot of concentration to be able to do this at first. This book made a great impression on me and has continued to influence me in all the art forms I’m involved with today.

Green around the gills

Fast forward to 2002 when I first began to study photography more seriously. I was taking classes at the junior college and still shooting with film. I took my camera and a half dozen rolls of film to Yosemite National Park not far from where I was living at the time. Every morning I would jump in my car and zoom up and down the road that goes along Yosemite Valley doing what I’d already been doing for years which was “snap shotting”. I wasn’t really aware of it at the time, it was just an old habit of a shooter who was still very green around the gills, What I was doing was attempting to capture everything that I could in a short period of time—which was a mistake. Finally, on the last day I was there, I found a pond. It was fall and the leaves were turning colors, making the reflections In the water very impressionist. So I stayed there for a long time and worked that little pond from every angle. I lost all sense of time and self. The experience was blissful to say the least.

When I got home and developed my film, I found that I had gotten next to nothing that was worth printing with the exception of the shots I had taken at the pond. It was then that I looked back and thought about the book I had read so many years before. I realized that the reason all my shots were better at the pond was because I had finally slowed down, cleared my mind and started to focus on my subject. My mind wasn’t all over Yosemite Park, it was focused on something I had found that was very special and wanted to communicate that to my viewer. So I learned an important lesson that day. It had very little to do about the quantity of the photos I had taken, it was about the focus I had at the moment and the quality it exemplified.

A new way of working

After that I started shooting differently, using my own way of slowing down, relaxing, and focusing in on the subject. First, I usually go in to an area and shoot landscapes. It’s similar, in a way, to sitting down on the cushion when you’re preparing to meditate. The first thing you do when you’re wound up is to systematically relax all the muscles in your body. A lot of times, when I go out shooting, I’m still all wound up from my work-a-day life. If I’m on vacation, sometimes it can take me a couple of days to finally start to unwind. It’s then that I begin to see everything all fresh and new, which is always the attitude you should take into the field.

Next, I begin focusing on what I call the “sweet spots” which are little places in a scene that look almost like someone had placed everything just so. The mind likes order and we like order in our art forms as we see them. So I think that it’s just my own way of finding a composition in nature that I think would be appealing to the mind’s eye and its sense of organization. I live near the redwood forest and love going there to shoot, especially in the summer when the sun is high up in the sky. It never fails that, when I first step into the forest, I usually have this feeling of absolute awe and I become overwhelmed at the size and scope of the scene. So, l’ll shoot some landscapes first, paying close attention to how the light is falling upon it and from as many different angles as possible. After that I’ll begin to walk the trails and look for the “sweet spots”—again looking for ideal natural lighting. This is similar to the Zen meditation of focusing on your breath and slowing down your thought processes. You begin to feel yourself relax even more deeply, focusing more precisely on what you are actually doing at the moment.

Finally, on the way back up a trail, I begin to focus more on a macro level or will just begin to look more closely at one of the “sweet spots” I’ve already found and see what I can find there. Macro level is finding the “sweet spots” within the “sweet spots”. And on the macro level we discover worlds within worlds, landscapes within landscapes, objects within objects, shapes within shapes—it’s absolutely fascinating. One day I got out of my car at Stout Grove Park and instantly shifted to the macro mode. I had just taken a class on plant identification, so plants were at the forefront of my mind at that moment. I saw a giant douglas fir at the edge of the parking lot that was covered with moss. As I began to draw closer, I saw that it was actually flowering. I didn’t know that moss flowered like that and I’d be willing to bet a lot of other people don’t either. There were billions of tiny red flowers growing on that old tree! The tree was actually the flowers’ universe. I instantly began to Zen out and focus on my subject. Nothing existed in the world but a couple of those tiny little flowers.

An exercise one of my teachers in college taught me was to go out in your yard, see what you can find in that limited amount of space and shoot away. Another exercise you can do with your mind is to sit yourself down, focus on 6’ X 6’ area and just look at everything in that small space. You don’t have to do anything but just look! It’s difficult at first but, if you persevere, I guarantee you it will slow you down.

To me, photography is all about capturing a world made up of “sweet spots”—even if it’s the eye of a predator gazing at you. And, when you print a photograph, it should communicate the idea that the subject is something very special to the exclusion of everything else at the moment. I think when you focus on something to that degree it stirs something up in people because you have captured the essence of it. It stops the audience and makes them focus on something that, perhaps, they never even knew existed.